February 16, 2016
Today, Vulkan 1.0 as released. For those of you that don't what Vulkan is, the TL;DR is essentially that it's cross-platform/device lower level 3D API than OpenGL (both the desktop and the ES variants) of a similar scope to DX12, Metal or Mantle. As a result, the driver does less work and the application/engine takes over some of the management of resources which hopefully leads to a smaller driver divergence and therefore bugs while at the same time providing increased access to the capabilities of the GPU. Centricular graciously sponsored some of my time to have a look at Vulkan and implement a basic working prototype of a GStreamer sink element that would display video frames onto the screen. I hereby present to you, vulkansink, the result of that labour. 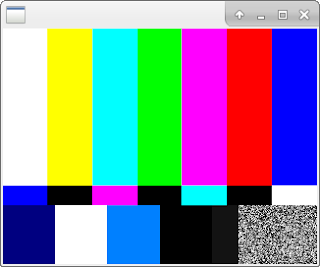 
Disclaimer: this is still alpha-quality code and it hasn't had the same extensive testing as the OpenGL elements and there are a number of short fallings:
All that being said, my impressions of Vulkan are relatively good. It promises to fit infinitely better with GStreamer's extensive use of threads than an equivalent OpenGL implementation. That extra flexibility and functionality comes at the price of increased complexity however I think that is a necessary cost.

The hard API change also provides a higher baseline for implementations and applications to depend against which resets the amount of legacy code that would need to be maintained for older GPU's and systems.

The current implementation of libgstgl was used extensively as a basis for the structure of how Vulkan is intended to be used in GStreamer.

Vulkan provides a high level overview of accessing GPU memory through VkDeviceMemory objects. These are simply wrapped in GstMemory objects as GstVulkanMemory with allocation and destruction routines for creating and destroying GPU memory as well as mapping with gst_memory_map() for CPU access to the data (if supported at creation).
Vulkan provides VkBuffer objects which are somewhat equivalent to OpenGL's Buffer objects which are used for storing vertices, draw indices, uniforms, texels, etc and is wrapped up in GStreamer into the GstVulkanBufferMemory object (a subclass of GstMemory). As a backing store, it allocates a GstVulkanMemory object.
GstVulkanImageMemory provides the same abstraction for VkImage objects which also have a backing store of a GstVulkanMemory.

The GstContext infrastructure is used extensively to not only share necessary state between elements but also providing application specific state into GStreamer. The current list of GstContext-able objects is, VkInstance, VkDevice, VkDisplay and the VkQueue which all have GStreamer wrappers to account for refcounting and in the future, Vulkan's locking requirements.
gstreamer vulkan

Popular posts from this blog

June 21, 2016
Windows Support - NEW!! Just recently, I added the missing piece for adding Windows support for qmlglsink for QtQuick 2 applications (tracked by this bug ) with this commit which means that qmlglsink is now usable on all major platforms 1 . With the list of supported platforms (Android, iOS, OS X, Windows, Linux) for qmlglsink growing, I thought I'd write a little bit about it and why you should use it. qmlglsink is a GStreamer element that will render a video stream into a QtQuick QML scene. As you can see from this example , qmlglsink does this by providing a GstGLVideoItem QML item that can be placed anywhere in the scene. The GstGLVideoItem is given a unique name to be able to link the element and the QML item. Without this link, the element cannot render the stream anywhere and will fail changing state. In the C++ code, we then retrieve the GstGLVideoItem by name like so . Then we set the pipeline to playing, start Qt's mainloop and watch the show. Why Use qml
Read more

May 04, 2020
A little while ago, we at Centricular developed a plugin for easier WebRTC with GStreamer . For the details on the initial release, see Nirbheek 's blogpost about the new GStreamer WebRTC implementation. The initial release gathered a lot of interest and sparked a fair bit of activity around some of the needed features. This is a birds eye view of the new features since Nirbheek's blog post. New features RTP Bundling In a WebRTC connection there may be multiple streams that need to be sent and received. Without bundling, they would require opening a connection for each stream to be sent (and another for some control packets if not muxing RTCP with the RTP stream). This may consume precious ports and TURN resources if relaying is in use with the network topology. A WebRTC stream with bundling will instead send all of the streams over a single connection. GStreamer already supported bundling of streams as required by the WebRTC and related specifications and an im
Read more

September 04, 2015
With the imminent release of GStreamer 1.6 there has been a change in the mechanism by which OpenGL contexts and Window System (X11, Wayland, Win32, OS X's Cocoa) specific resources are shared with a GStreamer pipeline for elements that need that information. Elements like sinks or any of the GL elements or any global application provided information that is shared between elements. Previously, in 1.4, there was a property, 'external-opengl-context' available on some(!) elements that one could set on the current set of filter and mixer elements (not sink or source elements though!). While it mostly worked well enough, it was a behaviour difference to how window system handles are shared between the application and the GStreamer pipeline. Internal GL context sharing between elements was occurring in the ALLOCATION query as a value in a GstStructure of the meta:GstVideoGLTextureUploadMeta parameters. The main problem with this is 1. the ALLOCATION query is handled diffe
Read more